How Have GMAT Scores Changed Over Time?

How have GMAT scores changed over time? The GMAT, or Graduate Management Admission Test, assesses the knowledge and aptitude of potential graduate students who are interested in pursuing graduate degrees in business, such as a Master’s in Business Administration (MBA). Interestingly, GMAT scores have changed very little throughout the years even after changes to the test. The trend line goes up, meaning that there has been a very slight improvement in scores over time, but it is not a statistically significant increase. 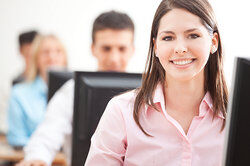 The GMAT has changed many times since its inception and had another change in 2012. According to the Graduate Management Admission Council, the administrator of the GMAT test, despite these changes, candidates scores have remained relatively stable with a slight upward trend in the line.

While the mean scores seem to remain consistent over time, the score itself is not as important as what percentile that score represents.

Over time, percentile scores have shifted. A GMAT score that would have put a candidate in the 90th percentile ten years ago may only be 85th percentile now.

Why Would Scores Shift?

There seem to be a few theories as to why the GMAT scores seem to be getting higher over time:

The new integratedd reasoning section was added to the GMAT in June 2012 to provide the types of questions that students may be asked in their graduate level business courses.

When to Take the Test

Some candidates may be concerned that their test scores will become invalid once the new test goes live. GMAT scores are typically accepted by a school for up to five years. After that time, scores typically become invalid and the test must be retaken. If someone took the test prior to the 2012 changes, it is unlikely that any graduate school would ask or expect students to retake the test if their GMAT scores are currently valid.