Eighth grade grammar is full of lessons on how to clearly combine ideas. Some lessons will be familiar, and others will be totally new. One thing's clear: these are the glorious days of Damocles, exciting and full of pride.

It all hangs by a horse hair, though, as high school barrels down on these strutting youngsters. Now's their last chance to reign in sentence fragments so that complete clauses can coexist peacefully in the green meadows of perfect grammar before crossing into the forest of rhetoric and high school composition.

There are a few comma rules you should get down pat before you try anything too dangerous. Comma rules are the trot before the gallop. If a rider cannot trot well, he'll never be able to gallop properly.

1: The Serial Comma - Commas can separate units in a list. Those units are up to you. Sometimes people think the last comma is optional, but they are wrong.

Lee owned horses and oxen, birds and fish, and dogs and cats.

Notice how the commas are separating units. The second comma is not optional.

2: Combining Independent Clauses - Commas are used to combine and differentiate clauses. This can get tricky, but there is and easy rule of thumb: If you have two subjects, you probably have two independent clauses.

Trigger was a happy horse, but Traveller was a very sad one.

Notice two subjects combined and compared with a comma and a coordinating conjunction.

3: Introductory Clauses - Many different types of clauses can start sentences. Adverbial, prepositional, and almost any other type of clauses can barge in through the front doors of sentences to introduce certain information the writer deems necessary to the understanding of its contents. Knowing which kinds of clauses are which might prove handy, but even handier is knowing that they all need commas.

Since he was a famous cowboy's horse, Trigger knew all the prettiest mares in Hollywood.

Having never stepped on a nail before, Traveller had no idea he would contract tetanus.

The point of everything in eighth grade grammar is to move students toward a more concise and clear way of writing, speaking, and thinking. Next year, they'll have to start seriously composing discourses on sometimes very complicated topics. They will have to win readers over to their points of view via critical thinking and writing.

Here are some more rules of thumb to steer students toward clear writing and thought.

When it comes to clarity there's no better way to go than parallelism. The human mind likes to connect ideas with one another, and parallelism helps the brain tie ideas together. Parallel structures appear naturally in English, but many writers mess them up. Repeating verb conjugations or sentence constructions helps drive points home in a very clear way.

Trigger enjoyed running on the beach, eating carrots in his stable, and starring in movies.

NOT Trigger enjoyed running on the beach, eating carrots in his stable, and to star in movies.

Traveller hated the color blue, the color gray, and he didn't like rusty nails.

Notice how the previous examples in both sets are clearer than their subsequent counterparts.

Parallelism needn't be found only within individual sentences either. In fact, the Declaration of Independence lends at least some of its effectiveness to its parallel structure and serves as a wonderful example of how well the device connects ideas that might seem very different otherwise. 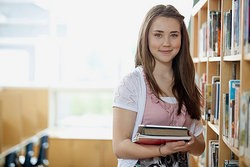