What Are Simple Poems to Memorize?

Deciding on a simple poem to memorize depends on the individual. Some people may find a haiku to be the simplest of poems to memorize since it is very short. However, others may be able to memorize longer poems with ease because the poem has patterns in it or because the poem speaks to them or means something to them.

Selecting a Simple Poem to Memorize

In choosing a poem to memorize, there are a few guidelines:

While there are many choices of simple poems to memorize, a good place to start looking is the website Public Domain Poems. This website offers many poems that are now public domain and free for use by the reader.

Of the many poems by famous writers, some simple poems to memorize include Robert Frost's "Fire and Ice" or Walt Whitman's "Oh Captain! My Captain!" Here are these poems:

Some say the world will end in fire,

Some say in ice.

From what I've tasted of desireI hold with those who favor fire.

But if it had to perish twice,

I think I know enough of hate

To say that for destruction iceIs also great

O CAPTAIN! my Captain! our fearful trip is done;

The ship has weather'd every rack, the prize we sought is won;

The port is near, the bells I hear, the people all exulting,

While follow eyes the steady keel, the vessel grim and daring:

O the bleeding drops of red,

Where on the deck my Captain lies,

O Captain! my Captain! rise up and hear the bells;

For you they call, the swaying mass, their eager faces turning;

This arm beneath your head;

It is some dream that on the deck,

My Captain does not answer, his lips are pale and still;

My father does not feel my arm, he has no pulse nor will;

The ship is anchor'd safe and sound, its voyage closed and done;

From fearful trip, the victor ship, comes in with object won;

But I, with mournful tread,

Walk the deck my Captain lies,

These are both relatively simple poems to memorize; the first because of its length and the second because of its repetition. However, you may find other poems as well that are simple for you to learn from memory.

How to Memorize a Poem

There are many different approaches you can take to memorizing a poem, and it is best to start with a piece that you are already familiar with or that you have read more than once. Using a poem that you can relate to will also strengthen your ability to memorize the piece because you will better comprehend the sentiment being expressed.

Once you have selected your poem, its time to concentrate on memorization skills. Memorization is not an easy task to master and requires time and patience to perfect, so set aside a certain amount of time each day to work on your memory skills.

Eventually, this repetition will improve your memory of the poem and the piece will be easy to recall and recite. When you are ready for a longer piece, split the poem into smaller sections and repeat the steps above. 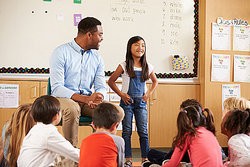 What Are Simple Poems to Memorize?