There are action verb worksheets for various levels online that can be printed out. Action verbs are the easiest for children to learn so these are elementary school level. Also included are some fun games and activities for the classroom.

Super Teacher Worksheets has several worksheets that are ready to use and most supply the answer key. Here is a list:

ESL Tower has six worksheets and puzzles that can be printed. There are four crossword puzzles, a game board and instructions, and a worksheet with restaurant related action verbs.

One fun verb game online is found at EZ School. In this interactive game, you help Dino cross the bridge by picking the correct verb to complete a sentence.

There is an action verb catching game at ESL Games. Sentences and pictures have to be caught and sorted into boxes that have action verbs on them.

In this cute game at PBS Kids, you click on a word, you hear the word, and then the word does whatever it represents. For example, if the word is "melted", then the letters melt on the screen. Some of the words are: squeeze, flip, shrink, bounce, pop, shake, and spin.

Along with the action verb worksheets, you might need some fun activities or action verb games. Here are a few that are easy and fun for the kids.

Find a picture of an animal, cut it out, and paste it in the center of a large piece of paper. Have each student write an action verb that would go with that animal. You could have a theme, like jungle or safari animals if you wish. This activity works well for adjectives, too. It is also nice to hang up in the room for a bit.

It is easy to do and also easy to adapt to different levels. Just take a simplified version of a fairy tale or nursery rhyme and leave out any action verbs. Then have the students make up a list of action verbs to insert in the story. Some of the stories will be very funny.

Little Red Riding Hood was ___ in the forest. The wolf was scary so she _ to Grandmother's house. She told her grandmother that she had _ some cookies for her. They _ the cookies and she ___ home.

You get the idea. With more advanced students, you can ask for a verb that ends with "ing" or a verb with a certain tense.

This is a good activity for pairs of students that can write pretty well. Cut out a big "V" from construction paper for each team. Each kid takes a turn acting out an action verb and the other team member writes the action verb on the "V." You can give them a limit on the number of words if you wish or have a time limit. After they are done, share the action verbs with one another. This is a great activity for a Friday afternoon. 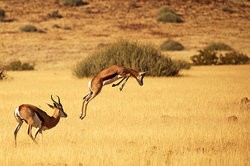