Second grade spelling words are going to be a student's first jump into the weirdness of English spelling, but there's no reason to be weird about it. Yes, spelling in English is strange and difficult, and yes it's a life-long endeavor, but the crazy realities of English spelling start here, so it's best to dive into them in the best way possible.

Number of Words to Learn

The number of spelling words a second grade student should learn depends a lot on how many weeks school is in session. A good starting point is 20 words a week. This number seems to be pretty standard and the most one little brain can handle. To adults, 20 seems like a quite a few, and it might seem that way to students, too, but young brains are like super-absorbent sponges when it comes to language. They are hard-wired to learn as many words as possible.

If you try to squeeze in more than around 20 words per week, you run the risk of confusing your second-grader, and that doesn't help anyone. Besides, spelling is a quality over quantity situation.

Most second-graders still don't run around with smart-phones and netbooks with which they could look up words on Your Dictionary; so, building an instinct for spelling is still their best bet.

Importance of Spelling for Second-Graders

The debate on whether schools should teach spelling comes up every few years for various reasons. Today it arises because computer software automatically checks a writer's spelling. Adults depend heavily on spellcheck, and there's no putting that genie back in its bottle. Students will use spellcheck, too, and they'll ask their teachers and parents why they should learn how to spell the old-fashioned way. The answer's not as simple as it seems.

For better or worse, western languages are made up of letters. Those letters each have their own personalities. They sound different depending on which letters they share words with, and even on their own, they can be tricky. Those personalities are important because they are what make the sounds of words. Words, in turn, build a language. Language creates thought. Being a good linguist or a person who understands the idiosyncrasies of the building blocks of language helps a student be a good thinker.

If a students asks you why they should learn spelling, tell them that the better they know words, the better ideas they'll have. If that doesn't win them over, tell them they'll look stupid if they don't know how to spell dog.

Kinds of Words Second-Graders Should Learn

Vowels have several sounds each. Consider the difference between the "u" in union and fun. When making lists of words for second grade students, it's important to work in units. Some teachers like to work with short and long sounds, alternating over weeks, but that's not the only school of thought. Since 20 words is a good working number, divide them into quarters. Five words with a short "u," five with a long "u," five with a hard "t," five with a short "t," for example. In the next week, be sure to include some words that review those sounds.

The sight words for second-graders are a good start for selecting spelling words.

Here is a great collection of second grade spelling words prepared by K12 Reader which includes the Dolch sight words for second-graders as well as prefixes, suffixes, word roots and word origins. 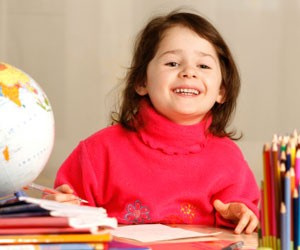