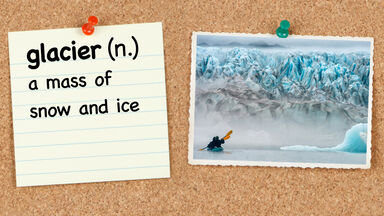 As fourth graders learn more about social studies concepts such as urban and rural areas, they might benefit from these specific vocabulary words. A list of short words also includes math terms such as array, language arts terms such as hero, and science terms such as atom.

Elementary students are ready to analyze and recognize what they read. But do they know the definitions of these academic terms? Include words with 6-7 letters for both advanced and beginning readers.

Math students are busy making sure their dividends and quotients are accurate. Defining these terms, however, may be a trickier task. Try out these interdisciplinary vocabulary words that have 8-9 letters in your next list.

Advanced readers may be ready to move onto longer words. Test their vocabulary with science terms such as condensation and evaporation or math terms such as denominator and expression.

Building a cross-curricular vocabulary is important for any age. If you’d like more tips on how to teach new words to an elementary class, check out a helpful education article. You can also vary your assessment style with these strategies on how to assess vocabulary.